Categories Menu
Home » Haaretz » Netanyahu Is A Colossal Failure. But Against Coronavirus, He Is All Israel Has

Posted by Eric Yoffie on Apr 3, 2020 in Haaretz, Uncategorized | 0 comments

Netanyahu Is A Colossal Failure. But Against Coronavirus, He Is All Israel Has

He has no real foreign policy achievements. He’s presided over the near-collapse of Israel’s educational and health systems, even before coronavirus. But for the duration of this crisis, we’re all stuck with him. 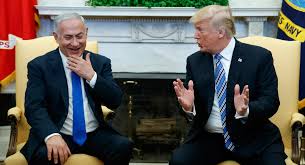 Americans Jews do not understand what I refer to as the “Netanyahu paradox.” And, in some measure, neither do I.

The paradox is this: Benjamin Netanyahu is a failed leader. He has led the State of Israel, once a proud example of a tenacious and highly developed democracy, to the threshold of third-world status. He has failed in his domestic policy and his foreign policy. And a substantial percentage of Israel’s citizens refuse to believe a single word that he says.

And yet, not only does he remain Israel’s prime minister, but at the moment he is widely seen as the only figure who can lead Israel through the coronavirus crisis.

A mystery? Absolutely. Bibi, after all, is the man who has governed Israel for the past 11 years, a period of dramatic and disastrous decline in Israel’s economic and social well-being. (Israel’s longest-serving premier, Bibi was also in office for three years in the 1990s.)

Many American Jews, it is true, know nothing of this decline.

They are accustomed to hearing right-wing characterizations of Israel’s “dynamic economy,” spurred on by Netanyahu’s “free-market reforms.”  Trumpian Republicans, neo-conservatives, and the American Jewish fundraising establishment all have a stake in presenting Israel as a capitalist success story, the “start-up nation” that provides a good life to all of its citizens.

But Israel’s economy is not a success story, at least not for 90 percent of its citizens.

A fortnight ago, the most important article about Israel in the U.S. press this year – by David M. Halbfinger and Isabel Kershner – ran in the New York Times. Drawing on the research of Prof. Dan Ben-David of Tel Aviv University, the article is a detailed, carefully-sourced account of the collapse of Israel’s infrastructure over the last decade.

Halbfinger and Kershner tell the story of a transportation system, a health system, and an educational system in Israel that are among the very worst when compared with the systems in other advanced, industrialized democracies. Among the key points that emerge:

Israeli students produced scores that are among the worst in the advanced world on the latest international assessment tests, which measure reading, math, and science achievement.

There are huge gaps in test results between Israeli students in the higher economic strata and those in the lower economic strata. And Israeli teachers score near the bottom on international tests for literacy and mathematics.

Israel’s traffic is by far the worst among advanced countries, commuting is a nightmare in the major urban centers, public transit is still primitive, and the result of these problems is massive losses in economic output and productivity.

And of special importance in the era of the coronavirus, Israel’s health system is an embarrassment and a disgrace. Israel spends far less than other advanced economies on its health system. The country thus has the worst shortage of hospital beds in the developed world. Its mortality rate from infections, 38 deaths per 100,000 patients, is by far the worst among economically advanced countries. And due to a lack of staffing and beds, there are hospitals in Israel where patients are routinely discharged while still sick, while others simply die in the corridors unattended.

And remember that all this was happening before the coronavirus hit.

Does Netanyahu bear sole responsibility for these problems? Obviously not. But as the dominant political voice in Israel for the past decade, he more than any other politician has set the priorities and the tone for Israel’s domestic agenda. And the simple fact is that vital infrastructure issues have been virtually absent from his campaign platforms and rhetoric. Where has he been on these issues since 2009?

Furthermore, in some cases he isdirectly responsible. Netanyahu was health minister for seven out of the last ten years, and the failures of the health system therefore lie squarely in his lap. If a broken and under-resourced hospital network is overwhelmed by coronavirus cases, Bibi will have a lot to answer for.

Some say, of course, that his foreign policy successes compensate for weaknesses elsewhere. But how, exactly?

True, Trump has recognized Jerusalem as Israel’s capital, and Bibi meets regularly with Putin and other world leaders. But what exactly are his accomplishments?

Putin has assured Assad’s survival while offering protection to Iranian forces perilously close to Israel’s northern border. Iran is closer to a nuclear bomb now than it was in 2009, and Iran’s Hezbollah satellite in Lebanon threatens Israel with hundreds of thousands of missiles. The Saudis, the Gulf states, various African dictatorships, India, and China provide Netanyahu with photo-ops and meetings, but little else.

And with the “Deal of the Century” practically forgotten, Bibi has shown no interest in any alternative arrangement—if not peace, then at least separation that would offer the Palestinians a degree of stability and dignity.

In other words, Bibi has produced a record that is, by any measure, a miserable one.

And, therefore, the question remains: Why is he still Prime Minister, and why are most Israelis, including those who detest him, resigned to his continuation in office?

This, as I said, is the Netanyahu paradox, which troubles and confounds American Jews. And while the question is best answered by Israelis, as an American Jew I would offer the following tentative thoughts:

First, Bibi conveys an aura of leadership. Despite his narcissism and borderline criminality, he possesses a certain “in-charge” manner. And he also offers the comfort and familiarity that come with years of leadership in government.

During the terror of a pandemic and the constraints of quarantining and social distancing, even my left-wing friends acknowledge that, somehow, Bibi constitutes a reassuring presence. And his deplorable record on other matters simply evaporates in the face of fears of the virus.

Second, Bibi can talk. He is one of the great orators of our time. And in periods of crisis especially, communication is absolutely essential, the lifeblood of leadership. Netanyahu as a communicator is more effective at some times than at others. Still, by becoming the ever-present public voice of the state, he seems to many of Israel’s citizens to be indispensable, whether he is or not.

Third, Netanyahu has no rivals for leadership, on either the right or the left. He has destroyed potential rivals on the right by his ruthless control of his own party and the right-wing bloc. And alternative leaders have simply not emerged on the center and left. Barak was strong and smart, but politically inept. Herzog was decent and principled, but insufficiently tough. Gantz, seemingly competent, turned out to be weak and indecisive, and lacking the killer instinct needed for victory.

Will Lapid ultimately emerge as a serious candidate for prime minister?  Perhaps, but it is an uncertain prospect at best. The vacuum of left-leaning leadership in Israel—and in other democratic countries as well—is a mystery that for the time being has no answer. In the meantime, Bibi has the field to himself.

Will Bibi be prime minister indefinitely? It is hard to say. He could be derailed if the coronavirus rages out of control and Israelis are reminded of his role in the near-collapse of Israel’s health system. And the criminal charges against him, which he has worked tirelessly to bury, could still bring him down.
But for now, his colossal failures and deficiencies notwithstanding, Israel and the Jewish people are stuck with him. And as long as the pandemic is a threat to Israel and its citizens, I, for one, have no choice but to wish him luck.

For a scholar-in-residence program or a university or congregational lecture, contact Eric Yoffie.

Rabbi Eric Yoffie is a writer, lecturer, and internationally-known religious leader. A bold, compelling, and inspiring speaker, he has presented at the World Economic Forum in Davos and has appeared on Fox news, CNN, and many other news outlets. He writes regularly for Time, The Huffington Post, The Jerusalem Post and the Israeli daily Haaretz. He speaks on a wide-range of topics.
Read More

Rabbi Yoffie will be:

What Five Books Should You Read To Be An Educated Jew?

Rabbi Yoffie has lectured at:

Powered by GoDaddy.com | Designed by Finely Written, LLC and